A lie has no legs – NBC Brian Williams

In 2014 we already got a nice taste of the transparency with which we are facing this new era. Finally, I can say from the bottom of my heart! All my latest articles were all just about those issues so it is a remarkable tendency to be. Again we have to deal with a lie ´coming to light´, this time from NBC news anchor Brian Williams.
For years Brian told a heroic story from Iraq in 2003, sometimes in great detail, but it is a story that is not true.
Several times in recent years, Williams openly told an anecdote about something he witnessed in Iraq in 2003.
He was, as he said, in a helicopter that was shot down by a missile. When Williams last week again did his story during his journal on NBC, he got a ´cold shower´ from a number of soldiers who responded to the Facebook page and his lie was unmasked, as you can see here in this picture.

And after that he apologized.
Our Dutch newspaper NRC obviously put it in perspective and writes: “… but perhaps you don´t notice that it isn´t true, because you’ve convinced yourself that it really happened that way.” In psychology and psychiatry, there are a variety of diagnoses in terms of psychopathology, concerning this kind of stuff, ladies and gentlemen of the NRC! Maybe it has something to do with your name, with a difference of the R in the middle, like NBC or NRC ? Or is this in advance for the   soon  ´coming to light´lie– and prpaganda-machine you are yourself? Then we get to the most used hose from politics, “according to my perception …”  or “in my experience….” and when you reach a certain status in the diplomatic and political landscape you will get away with that without a scratch. Not for long, that’s how I feel.
I wonder when the rest of all the propaganda and falsehoods emerges. Would the BBC be the next unmasking their lies? I remember well the bizarre item on September 9, 2001, yes, at 9/11. WTC 7 was fully standing straight in the background while the reporters are telling  that this building completely was vaporized., as you can see in this video. The collapse would take place about 20 minutes later, but meanwhile the reporters were on the spot and in the studio just like a pare of parrots calling out  that it was completely wiped out. let alone about the fact that Larry Silverstein took an extra high insurance policy for his building in short before 9/11. But this fact was not covered in the market reports of that day!
It is high time that all the reporters, news editors and journalists will follow the example of this Brian Williams to prevent more blood on their own hands. 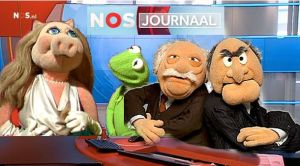 I am not sure how you see it, but I’m through with it, and I cannot stand to see more news or fake-journalism, except with a relativistic éye’ that is watching to a part of Comedy -Theatre.
We are all going to experience it with the truth–elixir of 2015. All you need to do, is to see through this principle, because then you meet the best chances to laugh about all this sadness, rather then being shocked and disillusioned…
© Irma SchiffersAll articles on this site are voluntary written for the sake of humanity, and may be republished, provided the author´s rights are acknowledged