Ukraine and a mail from abroad

Since the publication of the translation of the entire speech by Vladimir Putin, I received a flood of responses, including from grateful people from the Crimea and Russia. Time and again, it appears so very necessary to have this kind of important news to reach everyone and preferably in our own language. Good information is of vital importance.

Even now I’m working on an article with a number of translations, from English to Dutch. Information may not be withheld. Unfortunately, the mainstream media keeps still engaged in a crusade ‘against’ the truth because they are controlled and paid by the elite; the infamous 1% holding the whole world in the grip and plunges us into the one after another disaster or war. A war that we do not want, which is very clear by now! 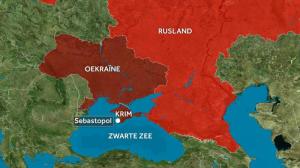 While I’m working on that article, I receive a mail from abroad. For me, a very important mail. It’s about Russia, Ukraine, Kiev. When asked, I may put the entire mail here, for which I would like to thank Evert and his Russian wife!

I sincerely hope that you share this as much as possible on behalf of them. It’s just downright sad and frustrating that we get presented daily lies and misleading information that sow hatred and that is indoctrinating and manipulative! Read below the other side of the story.

I’m sure you’re aware of the events of May 2nd in Odessa, but it is worth to view this clip. It is a compilation of the many short clips to find on You Tube. My Russian wife discovered the clip this afternoon.

A protest march was held on this horrible day by people from the Odessa region against the government in Kiev and the integration with the EU.

This peaceful protest march first was shattered by football hooligans and a large group of about five thousand buses and trains invoked Nazis who were clearly using well organized attack techniques.

The police did not do much, they could probably not do anything against this brutal violence. People were killed on the street. The sound of shooting. There was chaos.
Anti Kiev protesters and witnesses, including women and children, eventually fled the local union building, some claim that they were driven into the building. At the end of this video is clear what happened to these people.
“Death to the separatists!” is heard.

Once again, the police did nothing, and the firemen showed up after it was almost dark.

48 people were brutally killed, some burned alive, others strangled. This is the official figure from Kiev.
Many more people are missing. Still…
There are more people killed, including women and far more children than Kiev wants to admit, because once the number of civilian casualties rises over 50 it is called genocide.

A vague investigation was conducted by Kiev, which ended with the conviction of the people who had fled into the building (!)
No autopsy was done on the bodies.

One of the reasons why the inhabitants of the Crimea are very pleased with the “Russian annexation” which they have chosen by referendum. Odessa’s fate could be their fate …

Anyway, whatever one’s position or opinion is, with respect to the problem in Ukraine, it would be good that the Western public will be more informed about the course of events taking place there.
Whole towns have been destroyed in the Donbas and the Western media blame Russia and the rebels.
How can you believe that “terrorists” as “president” Poroschenko calls them, are killing their own people, including their own families, destroy their own homes, towns and villages? The official death toll in the Donbas is, according to the UN, 4000 victims. According to local authorities, this figure is many times higher.

This link is a terrible picture of a woman, a librarian by profession, who was tortured in this union building. Because she shouted too loud, her back but was broken and she died. Hence her strange position.

Why do I send this email?
I regularly follow both Dutch and international news and it amazes me every day how it is possible that the Western news media influences the people by proclaiming half or twisted truths or ignores this completely.

I think the media shirk their responsibility and are guilty of many abuses and war suffering in this world for a large part
Too bad this email (first encounter) concerns such a grim subject. I could also write about the Dutch ‘Sinterklaas’ entry, but I saw this video this afternoon and I could not help to pass it on to someone in Holland.
I apologize if you could not appreciate this.

Sincerely, and thanks for your interesting site,

Evert, thank you again! I’m glad you sent this mail and I hope many people read and share this. It is terrible sad! I wish you both much strength from my heart and for everyone ‘(r)evolution soon!’

All articles on this site are written for the benefit of humanity and may be republished, provided the authors’ rights are acknowledged

Een Reactie op “Ukraine and a mail from abroad”