What the world needs now

It’s already August in the year 2014 and the earth is on fire or is flooded by water and mud and is taking away a lot of us everywhere. But it is not the world we want to live in. 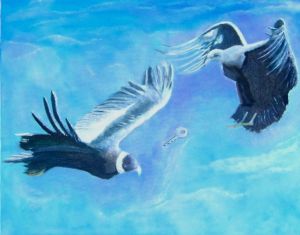 And if you do not want something, you should try to change it. For that reason alone, it is high time to connect with each other again. For a real real deep connection with the other, you first need to connect with your true self. And that usually means an inner struggle; with yourself, with the beliefs from childhood and with the belief structures of others of which you think you need to follow because you are taught so.

And that is exactly what is happening now. We are at a stage where we do not want this anymore. Where we want to manifest from our own source, our real authentic “being” and our individual inner motivations. And we feel that we no longer want to stay in the power of the other prisoners which is also born out of fear, and so their abuse of power. If it is about our partner, the government, the religious rulers, who are trying to get us into a collective, but manipulated awareness, it doesn’t matter. The propaganda machine is now in full swing and hits us as long as we want to believe in it, despite our own intuition.

The inner strength that is present in all of us from a distant past may be discovered and lived again. While the absence of contact with our inner source creates war and destruction of the other who acts like a mirror where you do not want to look in. Not only on a global level, but also in the small in your own relationships. 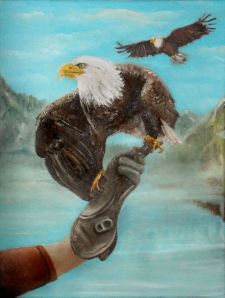 We can become like the eagle, the archetype that we all recognize deep within ourselves. No longer caught and ‘trained’ to act for the benefit of another, but rather flying on his own wings which brings him wherever he wants to be. At high altitudes, he has control over the earth by his sharp, crisp look and his sharpened instinct.

The eagle wants to survive and to enter its second phase of life he should pick his old thick feathers because he is no longer able to scrape his food together and he can not fly at a safe altitude to its own nest, as you can see in this beautiful brief video, called ‘The rebirth of an eagle’. 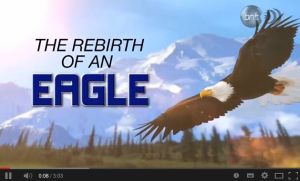 Like the caterpillar needs to become a butterfly, unfortunately it is the same painful process and we will also need to transform to be born again in this new paradigm. To give birth to ourselves again.

And while we’re still working on it, we unfortunately are harshly enforced by the natural transformation of our planet –Mother Earth- we better pick our old ‘feathers’ from the past ourselves so we can fly with our renewed ones to whereever we feel we want to be. Together with other souls who are connected with us from out of their authenticity. We do not need to search for these souls; they will present themselves during our flight and you don’t need any questioning while you already ‘know’ that you’ll fly together to find your new future nest. Let’s soar again…!

Disclaimer: this article may be reproduced and / or distributed, provided the source is acknowledged, with a link to this blog.